This week’s #HumanitarianHighlight features credit unions that are rewarding their members. The credit union movement is dedicated to providing members with exceptional benefits, and one of the best ones many credit unions offer is returning money to the members through charity or dividends. Here are a few credit unions doing just that!

Educators Credit Union announced a $4.9 million Member Loyalty payout for 2021, marking total payouts of $18.1 million over the past five years. This year’s particular payout is the largest to date and was done as a thank you to the credit union’s members.

Goldenwest Credit Union gave a Bonus Dividend of $3 million to its members, contributing to an overall total of more than $20.4 million over the last 18 years. The bonus dividend program is part of the benefits the credit union offers its members.

Western Division Federal Credit Union paid members over $1 million in returned expenses from over the last year. Overall the credit union has paid back more than $10 million in such dividends to members since 2003.

West Virginia Central Federal Credit Union announced a commitment to donate funds to a members’ local charities of choice when they refinance their auto loans. This credit union often runs many promotional offers to encourage refinancing, but this opportunity gives members a chance to give back to their community.

Clearview Federal Credit Union distributed a total of $20,000 among multiple Pennsylvania charities for a holiday giving program. Each selected charity received a $2,500 donation and gifts, depending on the needs of the organization. The selected charities were the Adoption Connection, the Lighthouse Foundation’s annual Toy Shoppe, Familylinks, and Operation Troop Appreciation.

We’re happy to outline those credit unions rewarding members for their membership, and we hope these stories encourage more people to participate in the growing credit union movement.

If you would like to place an inquiry about being featured in a Humanitarian Highlight or have any comments or questions regarding our business, please do not hesitate to contact us with any questions through our email or by phone at (800) 537-9598.

Be sure to follow our social media pages if you’d like to see our weekly Humanitarian Highlights segment as soon as it comes up! 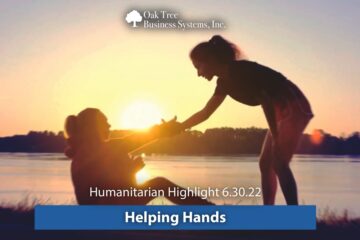 Helping Hands in the Community

This week’s #HumanitarianHighlight is on credit unions that consistently lend their helping hands. Credit unions are always looking for ways to assist the communities that are near or far. 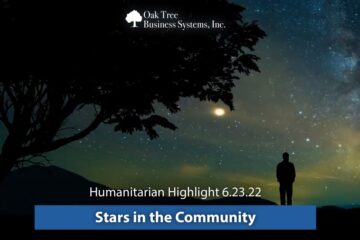 Stars in the Community

This week’s #HumanitarianHighlight features credit unions being stars in the community for their respective charitable deeds. Here are a few examples of credit unions that have shined by supporting nonprofits, awarding opportunities to students, and participating in community events. 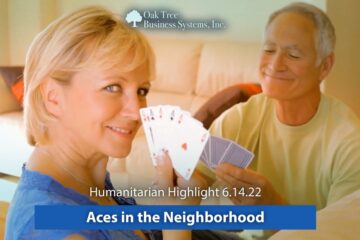 Aces in the Neighborhood

This week’s #HumanitarianHighlight is to point out the credit unions that have been aces in the neighborhood. These credit unions have been key supporters in the community by their contributions to hospitals, giving away gasoline, and other relief efforts.