Kind to the Community

This week’s #HumanitarianHighlight is on credit unions being kind to the community they serve! 2021 might be flying by, but charity is happening year-round, and these credit unions are doing their part.

The Atlanta Postal Credit Union held a sweepstake for its members titled the “Auto Loan Payoff Sweepstakes”. From April 1st to June 30th, during which time any member who financed or refinanced a vehicle was entered to have their auto loan paid off (up to $35,000). The lucky winner, Richard Huff, received a $29,900.75 check to completely pay off his auto loan.

The seventh annual Cruisin’ for a Cure Car Show was held by New Dimensions Federal Credit Union, an event that aims to raise funds for the Maine Children’s Cancer Program. The program is run through The Barbara Bush Children’s Hospital, and funds were raised through raffle ticket sales, food and merchandise sales, and vehicle registration fees. A grand total of $30,082.97 was raised, with a portion of that amount made out of a $10,000 match by the credit union.

Desert Financial Credit Union donated 20 laptops to the Prescott Valley Library as part of a team-up with Laptops 4 Learning. As part of the partnership, 400 total laptops will be donated throughout Arizona. This is the second year the credit union has partnered with the nonprofit organization, with the first year having contributed 320 laptops across Arizona.

American Eagle Financial Credit Union recently announced that two $2,500 grants would be given to two nonprofit organizations based out of Hampden County. The Ronald McDonald House of Springfield and Springfield Partners for Community Action were the two recipients of the grants.

As we slowly approach the end of the year, we can only hope more and more credit unions follow in the footsteps of these generous acts of charity. Let’s hear it for all of the credit unions that are giving in the fall!

If you would like to place an inquiry about being featured in a Humanitarian Highlight or have any comments or questions regarding our business, please do not hesitate to contact us with any questions through our email or by phone at (800) 537-9598.

Be sure to follow our social media pages if you’d like to see our weekly Humanitarian Highlights segment as soon as it comes up! 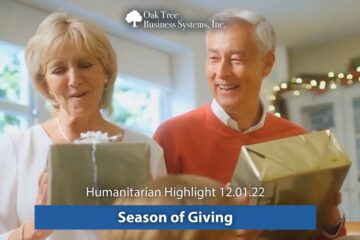 This week’s #HumanitarianHighlight is on credit unions engaging in the season of giving. We’re approaching the end of the year and these credit unions are giving everything they can in support of the season! 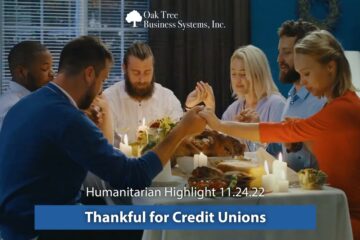 Happy Thanksgiving everybody! This week’s #HumanitarianHighlight, we would like to give our thanks to all the credit unions and all the good they do. We are spotlighting a few credit unions giving back to the communities in which they serve. 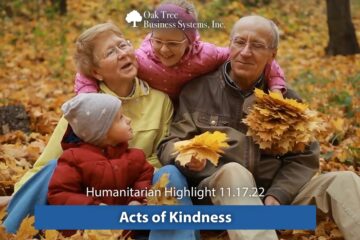 Hello everyone, happy Thursday and welcome back to an all-new Humanitarian Highlight! This week’s #HumanitarianHighlight we are spotlighting credit union’s acts of kindness.