Oak Tree is more than just a “vendor” to the credit unions we work with, we think of ourselves as partners. We work closely with the credit unions across America because we are a part of the Credit Union Community. Because of this affinity, we tend to help the credit union movement and talk about how credit unions can be a better choice for your financial institution choices. We have looked at the question of why people would throw their money away with a bank, but now we just wanted to put out the 3 big bank vs. credit union differences we think help differentiate these institutions.

Who’s in Charge Around Here?

You’re in charge!  Well, at least if you’re part of a credit union, that is. Credit unions run on a democratic voting system—one member has one vote. For credit unions, it doesn’t matter how much money you have in your checking and savings account. As long as you belong to the credit union, you have an equal say in how things operate. In addition, individuals on the board of directors are all volunteers, are elected by the members, and are not paid. Any member of the credit union can run to become a board member. On the other hand, banks are run mostly by a paid board of directors.  Board members are elected by shareholders. The more shares an individual has, the greater their voting power is, and the more “say” they have in how the bank operates.

For-Profit or Not for Profit?

This one is simple. Credit unions are not-for-profit, while banks are for profit. Banks exist to earn profits for their shareholders. Because credit unions are not-for-profit, their earnings are passed on to their members by offering low-interest rates on loans, and higher-paid interest rates on saving accounts. In some instances, credit unions will offer free checking accounts. This profit orientation affects the type of loans and services that each financial institution offers.

Credit unions mainly serve at the community level, which allows them to be more “in-tune” with their members’ needs. In addition, they serve those belonging to similar organizations, such as teachers, firefighters, airlines, universities, etc.

By having members with common interests, credit unions have a better understanding of the wants and needs of their members, and therefore can better serve their interests. In addition, their size allows members to get to know the employees who work there, and members build important relationships that are beneficial when it comes time to apply for a loan. Credit unions are also part of a cooperative, which allows them to share resources with other credit unions, such as shared ATM network branching (allowing members to withdraw from other credit unions’ ATMs), and much, much more.

After comparing these two financial institutions, it is clear to see that the credit union’s mission is to better serve members and to improve members’ financial lives. Credit union members have reached a new high of over 122.3 million members in the United States as of 2020. By giving members the financial services that they really need, this number is certain to continue to rise as the beneficial reputation of credit unions continues to spread. Besides these 3 big bank vs. credit union differences, what other key differences helped you choose a cu over a bank? 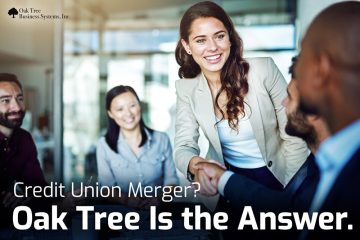 Credit Union Merger? Oak Tree Is the Answer. We know how to help your credit union survive a merger and have the best forms available. 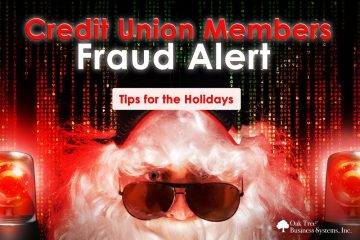 Here we look at some credit union members' fraud alert tips to help you keep them out of trouble this season. 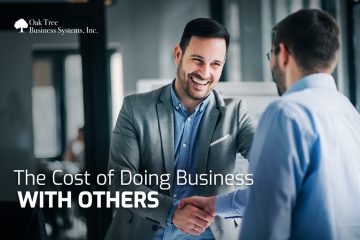 The Cost of Doing Business with Others

It is important to be aware of the cost of doing business with others when it comes to credit unions and their vendors.