A home is a safe haven for members, and the biggest, most important purchase many will ever make. As a trusted source of lending and financial expertise, credit unions have an obligation to administer the benefits of fair rates on mortgage lending, as well as provide financial education to understand the risks involved with owning and operating a home. A lot of that risk can depend on location and the changing climates. This is why we wanted to look at climate change and mortgage lenders today.

Natural disasters cannot be predicted, but property-owning members and financial lending institutions can be prepared for them. Fires in the west, blizzards in the north, and flooding in the south; over the past years, many homeowners have been surprised by nature’s destructive and abrupt course. Many of those caught in these disasters were not prepared with insurance to cover any and all possibilities of property destruction in their areas.

This unpreparedness puts the majority in jeopardy and causes debt, mortgage defaults, and eventually, property loss. With these defaults and strained situations, most lenders look to Fannie May and Freddie Mac to take on property mortgages to lighten portfolios and escape delinquency. It is then up to taxpayers and the government to clean up and fund reconstruction, which shifts state and federal spending and debt.

Whether one believes in global warming or not, climate change and natural disaster rates have been available as proof that the world is changing along with past regulatory forecasts. On the horizon of increasing climate-shift awareness, it becomes imperative for lenders to consistently be aware of possible risks and forecasted possibilities, as well as relay information, require necessary insurance, and provide compliant forms and disclosures to protect the institution, member, and community.

Fixed mortgage rates lock in home buyers to essential regulations and disclosures for 30+ years. A length of time that can hardly perceive the possible changes in shifting climates and incoming disasters.

According to MarketWatch.com “The number and total value of flood insurance policies have been declining since 2006, meaning that households that purchased a property in coastal areas especially may be at increased risk of defaulting on their mortgages. Commercial banks, including two of the largest U.S. mortgage lenders, JPMorgan Chase JPM, +0.69%, and Wells Fargo WFC, -0.08%, have the ability to price mortgages for flood risk, and by design they can securitize some of these loans, thereby spreading the risk to more parties.”

Leaning on government funding agencies fuels lending for financial institutions as a safety net for defaulted portfolios. This allows unassuming members who strive for the status of homeownership to jump into high-priced mortgages in potential hazard and climate-changing zones, ultimately putting the property, buyers, and lender in a risk area that inadvertently will be picked up by taxpayers and hurt the real estate economy, through Fannie and Freddie in a time of disastrous outcomes.

The seeds of change have been planted, with many startup companies beginning to dive deep into climate change forecasting and disaster risks measured to inform the housing market and more importantly, the lenders and buyers.

”Some of the players include Four Twenty Seven Inc., which this year was acquired by the credit-ratings firm Moody’s, and a 3-year-old firm called Jupiter, which converts flood, fire, heat, drought, cold, wind, and hail events into risk modeling for real estate assets, including in such high-population coastal areas as New York and Miami.” MarketWatch.com

Some are requesting reforms to Fannie and Freddie that would require insurance or raise guarantee fees as a precursor to absorbing mortgages from lenders. Making mortgage terms flexible in changing regulations for changing climates in terms of necessary insurances will make lenders and buyers responsible and less likely to default and lose property in the face of disaster. When it comes to climate change and mortgage lenders it pays to prepare and plan ahead.

Oak Tree is compliant in all 50 states, and creates customized form packages containing compliant, informed, and prepared forms and disclosures for your credit union including flood hazard determination forms or flood hazard insurance notice. Don’t wait for another disaster to strike: get your lending team and your members prepared and secured for the future. Contact us today! 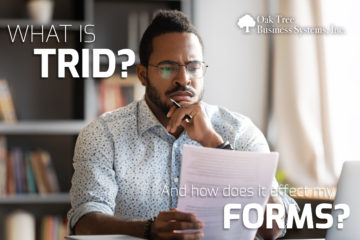 TRID & What It Means for Your Forms

In a commentary article posted on Credit Union Times, Richard Gallagher discusses TRID and what it means for your forms. 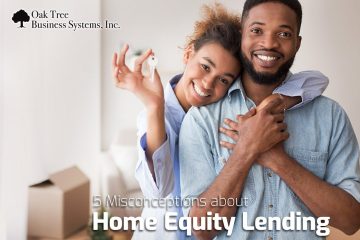 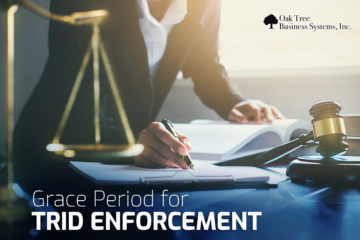 TILA-RESPA Integrated Disclosure requirements go into effect August 1, 2015, but now there will be a TRID enforcement grace period. (note: this is an older blog entry and has been edited since originally posted.)