Last year’s revisions to the Military Lending Act (MLA) regulations have generated quite a bit of buzz in recent days. You might be wondering how these changes will affect your forms, and what action you need to take. The good news is that if you are currently using Oak Tree forms for the types of credit that will be covered by the MLA, then your current forms are compliant, despite the revisions made to the MLA. It is important to be aware of the MLA changes & their effect on credit unions if you are running a credit union.

When the United States Department of Defense (DoD) revised their MLA regulations, they expanded the protections provided to active-duty service members and their families under the Military Lending Act (MLA). For the first time, loan products of the type normally offered by credit unions and other depository institutions are covered by the MLA regulations. While the new requirements took effect October 1, 2015, the mandatory compliance date is October 3, 2016 (and not until October 3, 2017 – and possibly later – for credit card accounts).

What is the MLA?

The current MLA regulations were issued in 2007 and were designed to protect active-duty members and their families (“Covered Borrowers”) from the most egregious forms of predatory lending. Whether a person is a Covered Borrower is determined by a service member’s active-duty military status. The MLA protections presently apply only to credit extended to service members and their immediate family members while the service member is on active duty and focus exclusively on: (i) payday loans of $2,000 or less with terms of 91 days or less; (ii) vehicle title loans (non-purchase money loans with terms of 181 days or less secured by a motor vehicle’s title); and (iii) tax refund anticipation loans. These loans are referred to as “Consumer Credit” transactions under current MLA regulations.

The MLA regulations limit the amount that a lender may charge a Covered Borrower for a Consumer Credit transaction. This limitation comes in the form of the unique “Military Annual Percentage Rate” (MAPR). Creditors are prohibited from charging an MAPR that exceeds thirty-six percent (36.0%).

When current regulations proved less than effective at curbing lending abuses, the DoD changed its strategy by expanding the scope of what constitutes a Consumer Credit transaction. Instead of targeting specific loan products, the revised MLA regulations now specify that all consumer loans subject to Regulation Z (both closed-end and open-end) would be covered, with limited exceptions granted for certain types of “mainstream” consumer loans. Under the new rules, only the following credit transactions are not subject to the MLA regulations (and thus, are not “Consumer Credit” transactions for purposes of the amended MLA regulations):

Under the new MLA regulations, a creditor is not required to disclose the MAPR as a numerical value (which is a requirement under the 2007 regulations), but is required to provide “a statement of the MAPR applicable to the extension of credit” (a text explanation of the MAPR rules). A Model Statement that may be provided to satisfy the MAPR disclosure requirements is provided in the new regulations and is currently available through Oak Tree. This disclosure must be provided both orally and in writing.

The new regulations contain essentially the same limitations on loan practices and the same administrative penalties that are provided in the 2007 regulations, but, because of Congressional amendments to the MLA in 2013, including civil liability provisions for the first time. Violations of the MLA and DoD regulations will now subject creditors to civil liability for actual damages (not less than $500 per violation), punitive damages, and equitable relief, among other provisions.

Because of the significant civil liability provisions, credit unions must familiarize themselves with the requirements of the MLA and DoD regulations as revised, to ensure compliance by the effective dates. The MAPR limitations must be taken into account when credit is furnished to Covered Borrowers in order to avoid this potentially costly civil liability. It is strongly recommended that an MLA due diligence process be incorporated into application procedures in order to take advantage of certain safe harbor provisions contained in the new regulations.

How Does This Impact Your Forms?

Here is where the good news comes in. Although the credit union’s consumer lending operations are clearly affected by the new requirements, your forms remain compliant. Again, Oak Tree’s counsel has advised that Oak Tree’s current forms will not require revisions. The reason for this? Chat with us to find out why. 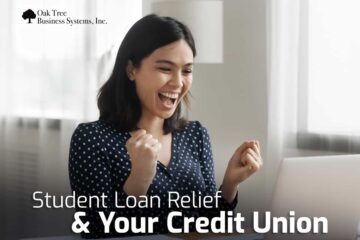 The White House has proposed a plan to handle US College loan debt. Let's take a broad look at student loan relief & your credit union. 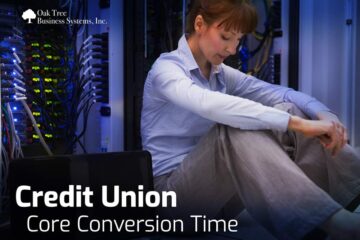 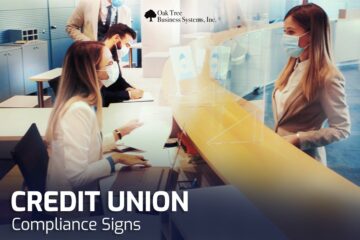 The Credit Union regulatory landscape is always evolving, let's look at some credit union compliance signs you should remember.